almont12 Wednesday 2, December 2015 01:02 PM
RT @HelenBranswell: How far does #MERS infection in camels reach? Not to Kazakhstan, it seems. Study of camels there finds no positives. ht‚Ä¶

The population of Kazakhstan 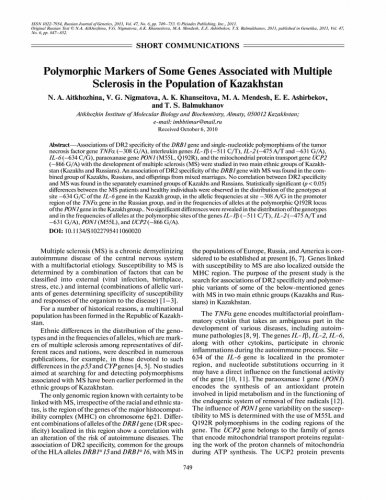 As of January the 1st, 2010, the population of Kazakhstan was 16, 597, 638 people. Population density is approximately 6 people per square kilometre.

The state language of the republic of Kazakhstan is Kazakh which belongs to the Turkic group of languages. State enterprises and local government authorities officially use Russian along with the Kazakh language. Each person has a right to speak his native language for education, communication and business purposes, which helps various nationalities live and work peacefully together.

Kazakhstan is known to be a secular state with freedom of religion being guaranteed by the constitution. Islam is the primary religion and there are about 3 thousand religious unions representing over 40 confessions.

The Kazakh Assembly of Nations

The Kazakh Assembly of Nations was founded on March the 1st, 1995 in accordance with a decree of the president of the Republic of Kazakhstan as a deliberative body registered by the head of state.

Assembly membership consists of state bodies representatives, ethnic and cultural associations and other people regarding their authority in the public and their social and political activity. The assembly currently consists of 350 members.

The assembly‚Äôs activity is aimed at solving the following tasks:

- Assistance in supporting agreement and stability of relations between different nations, religions and denominations;

- The elaboration of proposals on state policy implementation encouraging the development of friendly relations between various ethnic representatives living in Kazakhstan, supporting their spiritual and cultural revival and development based on equality principle;

- The people‚Äôs political and cultural development based on civil and democratic norms;

- The provision of consideration for various national interests in the national policy implemented by the state;

- The quest for a compromise to settle social conflicts arising in society.

The assembly‚Äôs activities improve the international standing of the republic of Kazakhstan as a state which effectively solves the problem of interethnic relations. The assembly‚Äôs contribution is highly valued in this respect. During his visit to Kazakhstan, the UN General Secretary Kofi Annan regarded the country as an example for other world states on the subject of interethnic agreement and stable development. Pope John Paul II also held Kazakhstan‚Äôs people in high regard.

Half of an Endangered Antelope Population Has Died Within ...

Cooperation of the Republic of Kazakhstan with the Arab ...
Related Posts