anthonyperasso Thursday 3, December 2015 11:25 PM
@anthony: a guy from kazakhstan asked me if america was like project x, so it was 100% fair game to ask if kazakhstan was like borat.

esimonson Friday 4, December 2015 03:48 PM
I keep seeing this "Invest in Kazakhstan" commercial on @CNN, but Borat isn't in it. They won't get a dime from me until Borat narrates it.

What Borat gets right and wrong about Kazakhstan 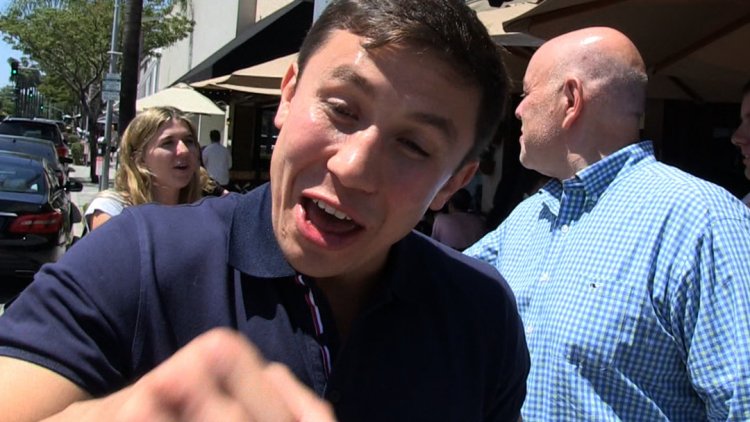 Having said that, I assure you I kept an open mind while doing my research. My conclusion: Borat's Kazakhstan bears little resemblance to the real Kazakhstan. Little resemblance, but not no resemblance. Here is a rundown of the many things Borat gets wrong about Kazakhstan, and the few things that he gets right.

Language
Let's start with the man himself. Borat is not a Kazakh name (though there is a name Bolat). No one in Kazakhstan greets you with "Jagzhemash, " which is most likely gibberish or mangled Polish. The official language in Kazakhstan is, not surprisingly, Kazakh, although Russian is widely spoken. Among the country's large ethnic Russian population, Russian is the only language they speak. And, oh yes, khrum is not the word for testicles, in either Russian or Kazakh.

Anti-Semitism
Borat is a raving anti-Semite, fond of such Kazakh traditions as "The Running of the Jew." This is the characterization that most rankles the Kazakhs, and for good reason. When it comes to religion, Kazakhstan, a majority Muslim nation, is remarkably open and tolerant. Kazakhstan has several synagogues and diplomatic relations with Israel. Here's what the National Conference on Soviet Jewry has to say about the country:

And, for the record, there is no such event as "The Running of the Jew" in Kazakhstan.

Prostitution
In Borat's Kazakhstan, nearly every woman is for sale. Borat's own sister was voted "number four prostitute in all of Kazakhstan, " a fact of which he is evidently proud. Borat's portrayal is, of course, wildly exaggerated, but prostitution is a real problem there. In the 1990s, Kazakhstan was a big exporter of prostitutes, and human trafficking was a problem. Now, given wealth amassed from the oil boom, prostitutes are even more popular, and the country is importing them, as well. Every evening, one street in Almaty is packed with prostitutes looking for customers, and newspapers devote pages of classified ads to "massage girls."

Women's Rights
Borat portrays a country where women cannot vote or drive and are treated like property. In the real Kazakhstan, women, unlike horses, do vote and drive. They also run ministries and corporations, though they enjoy less equality than women in, say, Sweden.

Borat From Kazakhstan vs Sexy Chics from Chisinau!

The Other Borat From Kazakhstan
Related Posts