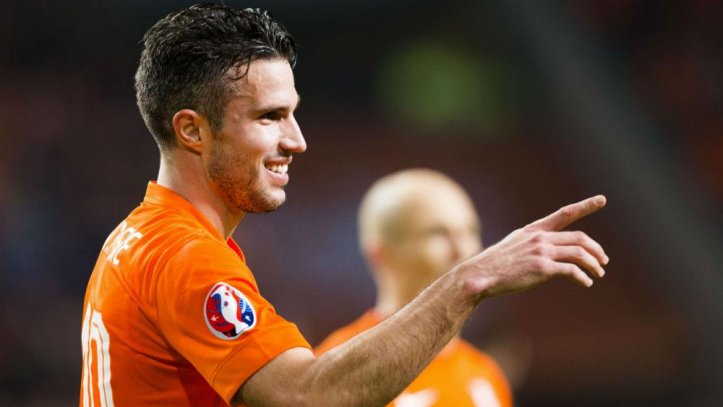 The Dutch sit fourth in Group A with 10 points from eight games and desperately need a win in Astana at the weekend.

Additionally, they need third-placed Turkey to slip up in their remaining two fixtures - and Van Persie is confident that is exactly what will happen.

"Don't ask me why, but I believe Turkey will definitely spill points in their last two games, " Van Persie told De Telegraaf.

"The Turkish players at Fenerbahce are all confident they will progress, but I have no doubt they will slip up.

"It is now up to us to ensure we bag the full three points in both of our last two games. That is all that matters. It is not important how we win, so long as we win."

Van Persie will become Netherlands' eighth centurion if he features against Kazakhstan, but the former Manchester United man is not in a celebratory mood just yet.

"I had different circumstances in mind for such a milestone, " he said.

"I am only thinking about one thing and that is winning Saturday's match."

However, Netherlands coach Danny Blind will have to make do without star player Arjen Robben due to injury, while Quincy Promes, Davy Klaassen, Daryl Janmaat, Stefan de Vrij and Luuk de Jong are all unavailable due to physical issues.

The Dutch have faced Kazakhstan just once before, recording a hard-fought 3-1 win in Amsterdam in October 2014.

Kazakhstan, meanwhile, still await their first win in Group A and sit rock bottom in their section with just two points from eight games.

They will be high on confidence after holding Iceland to a scoreless draw last month, however, and will be hoping for more against Netherlands.

Much will depend on the form of star attacker Sergei Khizhnichenko.

The 24-year-old sits joint fifth in his country's all-time goalscoring charts with six goals in 32 appearances and seems destined to overtake Ruslan Baltiev in the long term if he can end his recent goalscoring drought for the national team.
Source: www.goal.com