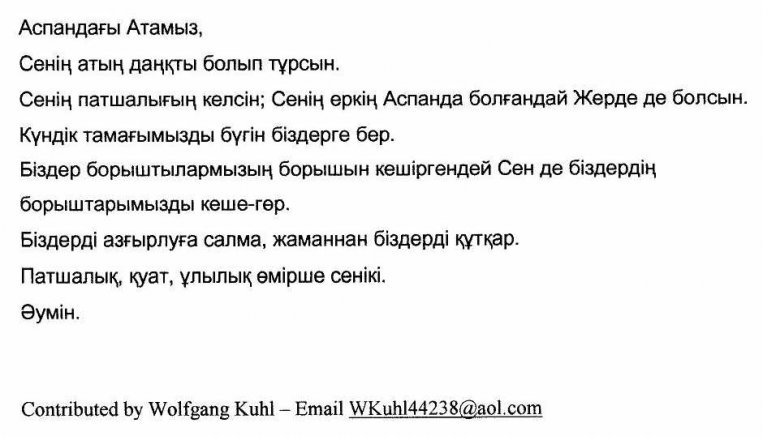 Law of the Republic of Kazakhstan on Languages

The following notions are made use of in this Law:

Article 2. (Object of regulation of this Law)

The object of regulation of this Law shall be social relations arising in conjunction with usage of the languages in the activity of state, non-state organizations and local self-government. This Law shall not regulate usage of languages in relations between individuals and in religious associations.

Article 3. (Legislation on languages in the Republic of Kazakhstan)

Article 4. (State language of the Republic of Kazakhstan)

What is the main language of Kazakhstan

The official language is Kazakh. It originally used Arabic script, then the Latin alphabet, and today the Cyrillic alphabet. Cha!

What are the three major languages that kazakhstan speak.