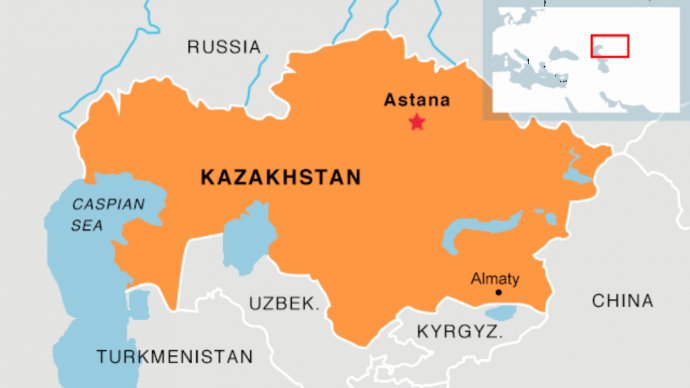 The writer, who goes under the name Ilya Blogger, explains that the market for paid sex in Kazakhstan's commercial capital, Almaty, has remained flaccid due to rising food and fuel prices, despite the worst of the financial crisis being over.

â€śPrices for sexual services have fallen, particularly on the Internet and in the pages of Karavan [newspaper], â€ť Blogger writes. â€śIf you compare what has happened with the [growing] prices for meat and potatoes, intimate services have become cheaper.â€ť

As Blogger explains, rates currently range from $100 per hour to $300 for a whole nightâ€”all fairly steep prices in a country with an average monthly salary of around $500. Although fares may not be rising, however, the range of services on offer is widening, which puts a whole new spin on Kazakhstanâ€™s attempts at diversification. For example, it has now apparently become common for prostitutes to work in pairs.

Another trend observed by Blogger is the increase in ethnic diversity among sex workers, perhaps a reflection of the growing cosmopolitanism of Almaty.

Speaking with the confidence of a seemingly well-versed observer of the local market, Blogger notes that the universal craving for sex ensures that there will always be a niche for the service: â€śThe specificity of Almaty is that there is no well-established balance between supply and demand. The process is in constant motion and there is a perennial search for compromise acceptable to both parties.â€ť

That said, the practice of adopting â€śThai wivesâ€ť - a culturally dubious term referring to women who live with their customers for extended periods, during which time they also do the cooking and cleaning - has not caught on. The most one can engage a prostitute for is one day, he writes.

Blogger also refutes media reports that prostitutes in Kazakhstan are getting younger: â€śQuite the contrary, the contingent of prostitutes in the 30-to-36-age range has grown notably. These are mainly single mothers, but you get all sorts.â€ť

Sure enough, Almaty police have confirmed that the ranks of â€śnight butterflies, â€ť remain as thick as ever, despite authoritiesâ€™ best efforts. According to official data, there are more than 1, 500 prostitutes working in Almaty, as well as hundreds of pimps and more than a dozen â€śbrothel organizers, â€ť Karavan reports.
Source: www.eurasianet.org
Related Posts