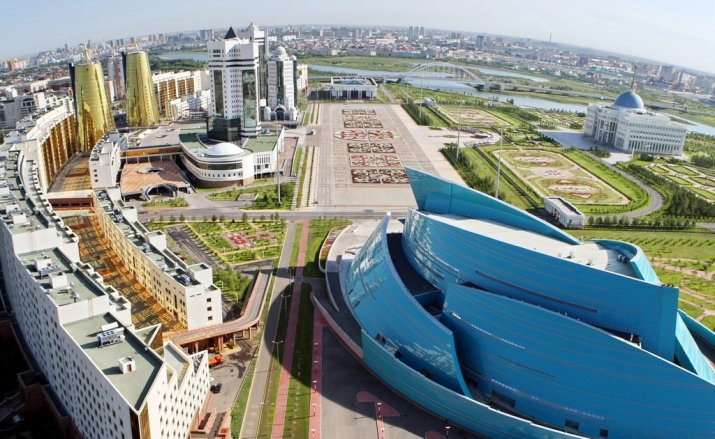 KazakhTelecom is the operator of the national data transfer network, which connects the major cities of Kazakhstan with a total bandwidth of 957 Mbit/s and carrying capacity in separate local segments of up to 10 Gbit/s. KazakhTelecom had about 2.5 million fixed-line subscribers in 2005 and accounted for approximately 90 percent of the country‚Äôs fixed-line market. It also controls 49 percent of the country‚Äôs leading mobile operator, GSM Kazakhstan, and 50 percent of another cellular operator, Altel. KazakhTelecom

Liberalization of the telecommunications market in 2004 increased competition among the five licensed operators: KazakhTelecom (the former state monopoly, now with 51 percent state participation), Transtelecom, Kaztranscom, Arna (DUCAT), and Astel. The first-tier ISPs with international Internet connections and their own infrastructure are KazakhTelecom, Nursat, Transtelecom, Kaztranscom, Arna, Astel, and TNS Plus.

There are approximately 100 second-tier ISPs that are purchasing Internet traffic from the first-tier ISPs. They include:

Market liberalization has not been completely carried out, as there are restrictions on foreign ownership for fixed-line operators providing long-distance and international services. In addition, KazakhTelecom retains dominance over the telecommunications market, making it difficult for other operators to compete.

KazakhTelecom is also launching an interactive IP TV service (11 of March 2009), as it attempts to maintain its dominance in the fixed-line market. Other leading first-tier ISPs, Nursat and Astel, operate terrestrial and satellite-based infrastructure. There are five mobile operators in the country. Three operators are offering GSM services and two CDMA. The government estimates that 60 percent of the population uses mobile services.

One of the largest ISPs, Arna (DUCAT), accused KazakhTelecom of breaching the Law for Promoting Competition and Limiting Monopolist Activities. Arna claimed that KazakhTelecom used uncertified systems that monitor and interfere with the telecommunications of customers who are using services offered by competing companies. An investigation of the Kazakh government revealed that such systems indeed existed and were used by KazakhTelecom, but no evidence was found to prove KazakhTelecom was intentionally interfering with competitor activities.

A former Soviet Republic. Kazakhstan lies directly between Russia and China. It's not hard to find on a map; Kazakhstan is the ninth largest country in the world, roughly the size of Western Europe. But with a population of just 15 million, it's a largely empty land of steppes, deserts, and forbidding mountains - majestic, but not necessarily inviting. This desolation made it an ideal place for the Soviet Union to build gulags,test nuclear weapons, and dump toxic waste, and large swaths of the country are uninhabitable. About half of the population lives in a handful of modern cities do…