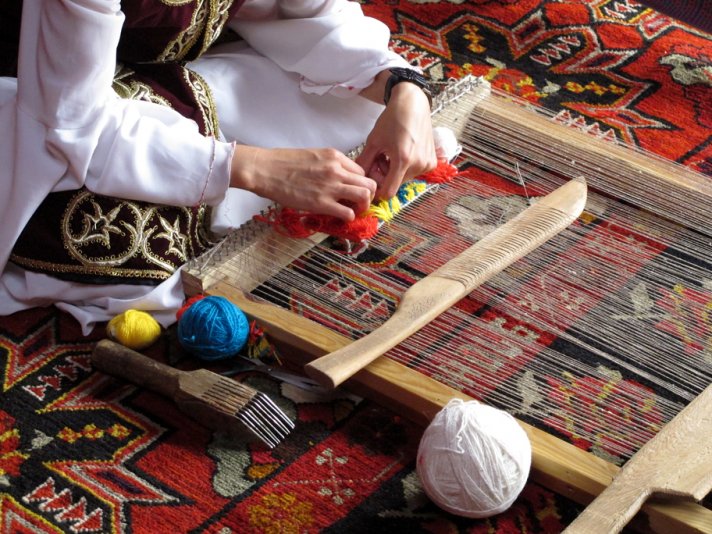 Kazakhs have always revered and highly valued their national customs and traditions. It is almost impossible to describe all the traditions followed by Kazakh people in one article, thus a brief introduction to Kazakh beliefs and customs is given below.

The main tradition of Kazakhs, which eventually transformed into a feature of national character, is hospitality. In the Kazakh society, there is an unofficial law voiced in ancient times, which says â€śMeet a guest as the God's messengerâ€ť.
Hospitality is considered a sacred duty in the Kazakh society. At all times, the steppe inhabitants did their best to please their guest. Therefore, each traveller knew that he or she would be welcomed anywhere in the Kazakh land.

Respect for the elderly is another positive feature of Kazakhs. Traditionally, a child from early childhood is taught to be moderate and honest when dealing with older, wiser and life experienced people.
However, the above mentioned national identities that served as a basis for the occurrence of generalized rules and principles of public relations (tradition), fortunately, are confined not only to representatives of the Kazakh people. Therefore, we offer to your attention a list of basic and authentic customs, which are widespread in the Kazakh society.

1. Traditions and customs associated with the guest reception

Travellers in Kazakhstan are most likely to be encountered with the traditions, associated with guest reception. Here are some examples of them:

Konakasy - a custom associated with treating of a guest. As mentioned above, Kazakh people since ancient times have been famous for their hospitality. Kazakhs always reserve the tastiest food for guests. Guests are divided into three types: "arnayy konak" is a specially invited guest, "kudayy konak" - a random stranger (uninvited), "kydyrma konak" - an unexpected guest. All these guests, despite of their type are offered a rich table â€“ Konakasy.