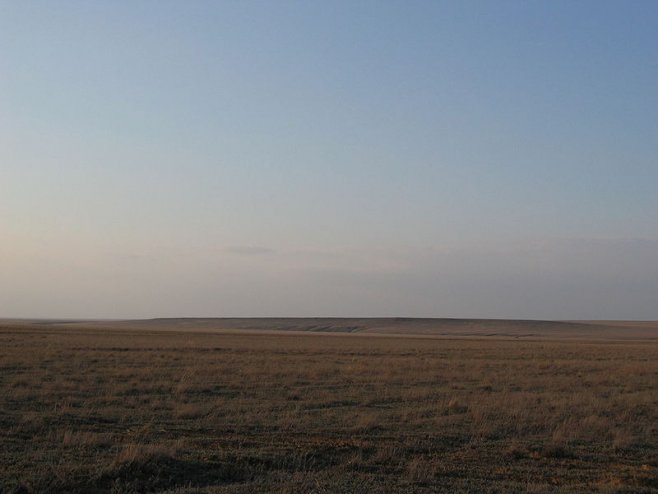 For those who like their solitude, there are few places quite as expansive and lonesome as the steppes of Kazakhstan. Like the great plains of east Africa or the vast North American prairie, a seemingly endless carpet of wild grass stretches and sways long into the distance. The smallest hills, where they exist, offer a panoramic view of the horizon.

Look towards the heavens, and the sky above appears simply enormous. So extensive is the view that you can often see separate weatherfronts tumble across the steppe. On one side, shafts of golden sunlight shoot through gaps in the clouds like enormous earthbound searchlights. In the opposite direction, bruised and angry storm clouds unleash a similarly spectacular symphony of lightning and rain to drench what seems like the equivalent of a small country in seconds.

After the long, continental summer, winter temperatures often drop to minus 20C, blanketing the ground in a thick layer of ice and snow for months on end. Then, for just the briefest of spring moments, the land erupts in a riot of colourful tulips before the hot winds arrive once more.

It was on these steppes that some of the world's greatest nomadic empires flourished. As their armies galloped towards Europe, Attila's Huns and Genghis Khan's Mongols cemented in the Western world's popular imagination the idea of the dreaded eastern horde, a virtually unconquerable land of warring tribes that supposedly threatened to overrun Christendom at any moment.

Of course, nowadays, most Westerners who find themselves in Kazakhstan are there for the vast lakes of oil and gas that lie below ground. With the collapse of the Soviet Union in 1991, Kazakhs finally gained their freedom after 200 years of Russian domination, and opened up their borders and oil wells to the outside world. International oilmen have flocked like moths to a flame ever since. Tourists, however, are still few and far between. But those who do choose to holiday in central Asia's largest and most prosperous nation discover an enormous land mass featuring plains, mountains, lakes and shining modern cities, that for once truly deserves to be described as out of the ordinary.

In the Kazakhstan steppe

Kazakhstan army of nomads is invincible in the native steppe