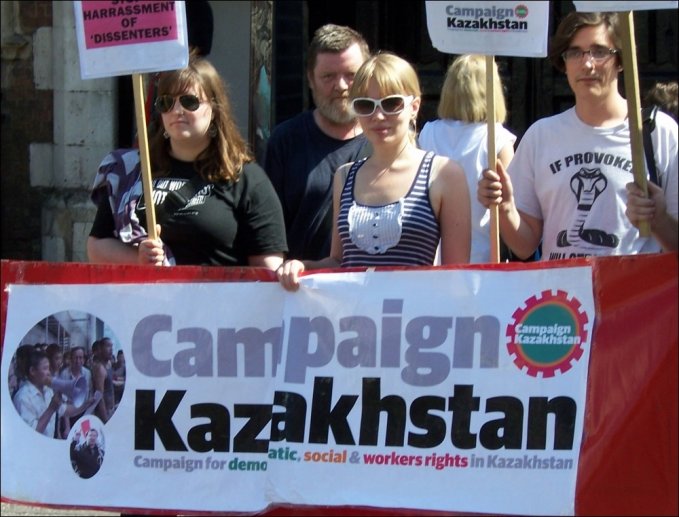 Civil society activist Vadim Kuramshin continues to serve a 12-year prison sentence, despite procedural violations during his trial and concerns that his sentencing in December 2012 was retribution for public criticism of the government. Kuramshin staged a short hunger strike in June to demand medical attention and transfer to a different colony, alleging other inmates beat and harassed him.

On November 19, labor activist Rosa Tuletaeva was released on parole from the penal colony where she had been serving her five-year prison sentence. In March, labor activist Maksat Dosmagambetov, who is serving a six-year sentence, was transferred to a penal colony, affording him more freedoms than a prison. Dosmagambetov underwent an operation in 2014 to remove a tumor in his cheekbone that developed after he was imprisoned.

In March, political opposition leader Vladimir Kozlov was transferred from a prison in north Kazakhstan to one outside Almaty, close to his residence. In May, an Almaty court upheld orders to confiscate Kozlovâ€™s apartment, where his wife and infant son were living, despite legislation preventing the confiscation of a personâ€™s sole property.