sedapla Tuesday 1, December 2015 02:56 PM
RT @SalaamGateway: HE Nurlan Kussainov of National Bank of Kazakhstan: Islamic finance is new for us, we started developing it post 2008/09 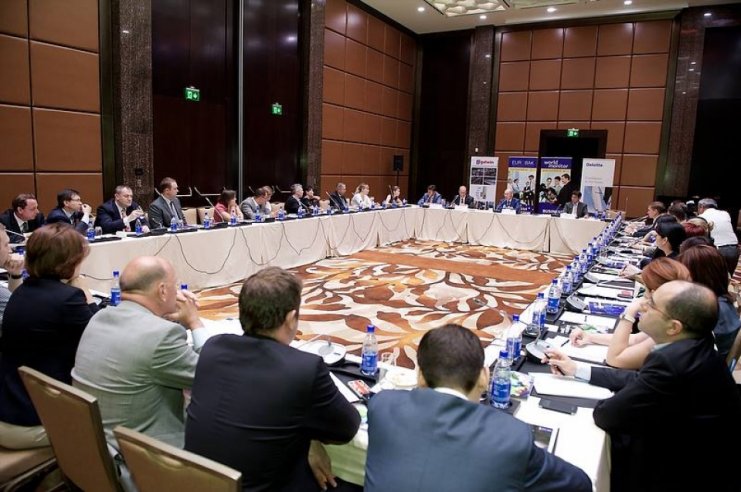 In addition to the 20 August statement that it would allow the exchange rate to float freely, on 2 September, the National Bank of Kazakhstan (NBK) announced the establishment of the one-day repo rate as its main monetary policy interest rate to target inflation within a corridor of between 6% and 8% in the medium term. The interest rate was set at 12.0%, with immediate effect, but the Bank recognized that, at the current level, the interest rate will have a limited impact on inflation due to the lags between the changes in the interest rate and the desired effects on inflation. The Bank added that open market operations within the regime of inflation targeting will support this rate on the money market. The Bank will also offer an unlimited lending facility to banks at five basis points above the main policy rate and accept deposits at five basis points below the rate. The main rate used by the Central Bank previously was the refinancing rate, which was mainly indicative and had no impact on the money market. The refinancing rate had remained unchanged at 5.5% since August 2012.

In its statement, the NBK pointed out that, â€śnow that exchange rate for the tenge is floating, the National Bankâ€™s interest rates will be used to keep consumer price inflation in its target corridor.â€ť The Bank said that it expects inflation to spike above the target in the short term, mainly due the recent devaluation of the tenge and the increase in the prices for imports. However, the Bank expects inflation to gradually converge to its inflation target corridor in the medium term. Should inflation expectations increase, the Central Bank stated that it would tighten its monetary policy by raising the main interest rate.

N.Nazarbayev met with the chairman of the National Bank of ...