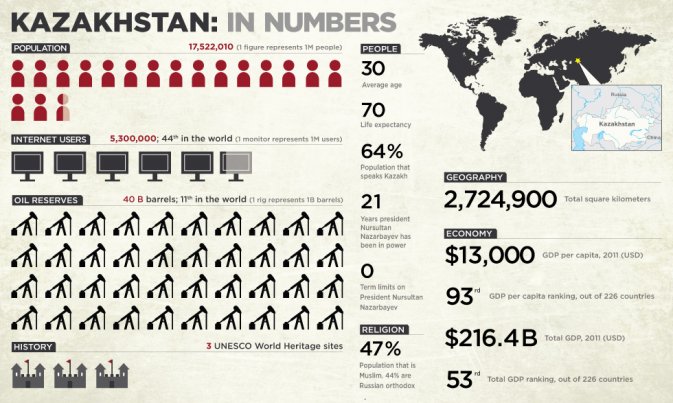 With vast natural resources, including 30 billion barrels of oil reserves and 85 trillion cubic feet of natural gas, Kazakhstan is an increasingly important player in global energy markets. The government relied on hydrocarbons for 39 percent of its revenues in 2010. Kazakhstan exports more than 1.2 million barrels of oil per day and is the world's largest uranium producer; together the mining and petroleum industries accounted for 33 percent of gross domestic product in 2010 and 82 percent of exports in 2009.

Kazakhstan's "partial" score of 62 is the product of a detailed legislative framework but insufficient disclosure requirements.

The Oil and Gas Ministry grants hydrocarbon rights following a bidding process or direct negotiations. However, in 2007 the president imposed a moratorium on new licenses to reduce the influence of Chinese companies in the country's oil sector.