harrypusspuss Wednesday 9, December 2015 07:12 AM
RT @MichelleSuiter: This is just embarrassing. Kazakhstan & Saudi Arabia are the only countries who rate worse than Australia at effective ‚Ä¶

KAZAKHSTAN, THE NEW COUNTRY OF IMMIGRATION FOR CENTRAL ASIAN WORKERS 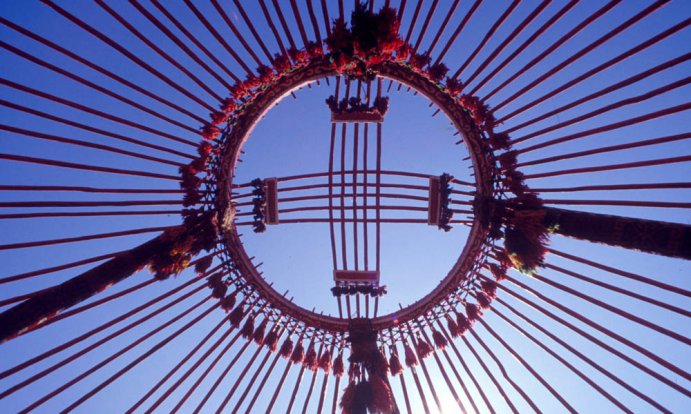 Although Kazakhstan experienced significant net emigration throughout the 1990s, it has now become a republic of immigration in the space of a few years. Large numbers of migrants from the other Central Asian countries are drawn to Kazakhstan because it is easier to move there than to Russia; xenophobia is much less rife; and the rhythm of economic development makes it very attractive in salary terms. According to official estimates, about 500, 000 migrants from other Central Asian Republics work in Kazakhstan. At the CIS summit in October 2007, the Kazakh government distinguished itself by moving to have adopted a resolution on a series of legally and socially protective measures for migrants.

BACKGROUND : More than half of Kazakhstan‚Äôs Central Asian migrants are comprised of Uzbeks, while around 200, 000 are Kyrgyz and around 50, 000 Tajiks. The majority of migrants are concentrated in four regions: Almaty, Astana, Atyrau and southern Kazakhstan. In the first two regions, migrants are chiefly employed in the construction industry, which is undergoing a real boom, while in Atyrau, several tens of thousands of workers (according to some sources, at least 30, 000 Uzbeks) work in the oil industry. In southern Kazakhstan, predominantly Uzbek migrants are employed in the agricultural domain, especially in cotton fields. In Kazakhstan, a kilogram of cotton pays US$0.40 compared with only 0.05 in Uzbekistan. As for the Kyrgyz, a large number of them work on tobacco plantations.

The migrants are specialized in several different sectors: according to estimates, nearly a third work in the construction industry, another third in convenience services (the food service industry, small business, home repairs services), and the last third in agriculture. The highest salaries are in the construction sector (about US$200 per month), whereas those in agriculture are much lower (about US$80 per month). Although men constitute the overwhelming majority of migrants, there is an increasing number of women migrants: in 2002, women made up only 15 percent of Uzbek migrants to Kazakhstan, but by 2004 they made up nearly a quarter. Kazakhstan indeed lacks employees in sectors largely staffed by women, such as agriculture, the tertiary sector of the food service industry, and domestic services.

Immigrating from Kazakstan to America

Brooklyn Immigration Lawyer | How to Get an H1B Visa (IE5)