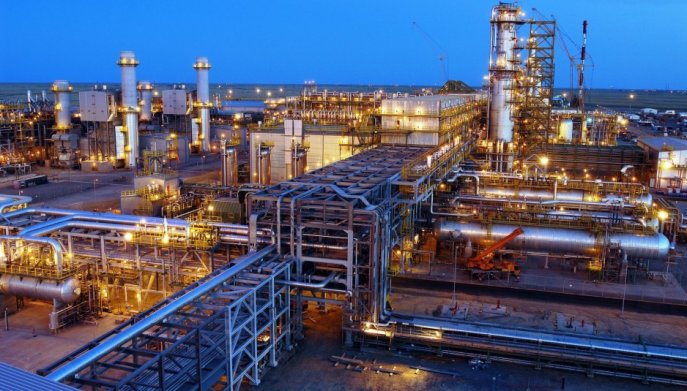 "Global oil prices have dropped significantly, so we responded by slowing the project down and cutting spending for 2015, " Aidar Dosbaev, TCO's head of production, said at a conference last week.

The company had planned to expand and increase annual production to 38 million tonnes, or 760, 000 barrels per day, by 2021.

Dosbaev did not specify when production would now reach that level but industry sources said it could be delayed by up to two years.

TCO, which is 50 percent owned by Chevron, had originally planned to complete the expansion by 2019.

Oil prices have almost halved from a peak last June to around $60 a barrel. Kazakhstan's government reviewed Tengiz's expansion project in October 2014 and was unhappy with TCO's plans to increase total spending on the project to $40 billion, from $23 billion.

TCO's output is crucial to Kazakhstan's oil output this year and next before the giant Kashagan oil plant, which has been shut following gas leaks in its pipelines in October 2013, restarts production in the second half of 2016.

Kazakhstan's oil production fell by 1.2 percent to 80.8 million tonnes last year. It is officially forecast to slip to 80.5 million this year.

KazMunaiGas has adjusted its 2015 budget based on an average oil price of $50 a barrel, slashing capital expenditures by 26 percent to $457 million and cutting output plans by 1 percent. (Reporting by Alla Afanasieva and Gleb Gorodyankin; writing by Denis Pshenichnikov; Editing by Susan Fenton)

What was the old capital of kazakhstan before it was moved to Astana?

In 1997 the capital of Kazakhstan officially changed from Almaty to Astana.