BattramTHFC Tuesday 8, December 2015 06:08 PM
@Charlie: Here's to hoping Astana get a result in Istanbul tonight. Kazakhstan for the last 16 đź™Ś

AFydryszewski Tuesday 8, December 2015 07:19 PM
@Alex Fydryszewski: Still can't get over #Astana making group stage of #UCL and a Polish side hasn't made it in 20 years. #Ekstraklasa has issues...Kazakhstan.. 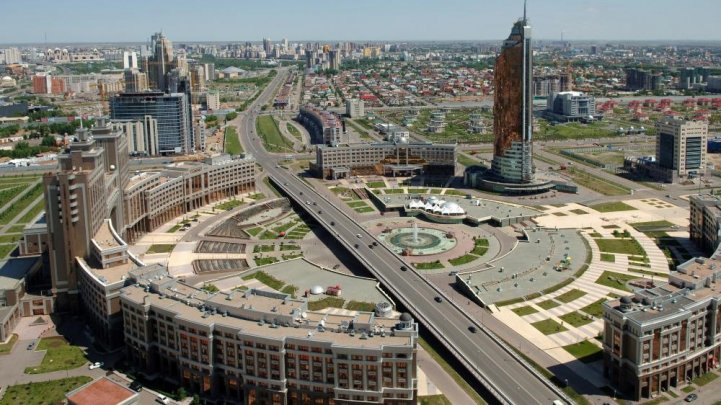 There is something mirage-like about Kazakhstan's capital Astana.

Little surrounds the city for 1, 200 kilometers, save a handful of provincial towns dotted across the world's largest steppe, a flat, empty expanse of grassland.

Foster was also the architect behind the Palace of Peace and Reconciliation, a 60-meter-tall glass pyramid. There's also the Central Concert Hall, which from above looks like a budding flower, a flying saucer-shaped circus, a presidential palace designed to replicate the White House, and Baiterek, a 100-meter-tall tower that has drawn comparisons to a giant lollipop.

Yet just 15 years ago the city didn't really exist at all.

In 1997 Kazakhstan's President Nursultan Nazarbayev moved the capital from Almaty in the southeast of the country to the newly-named Astana (previously it was called Akmola), which was then an empty patch of land by the Ishim River best known as a former gulag prison camp for the wives of Soviet traitors.

Today the bulging, science fiction-like skyline has started to earn the country some international recognition.

Neil Billett, a managing director and partner at Buro Happold, the engineering consultants that partnered with Foster's firm on the Khan Shatyr and the Palace of Peace, lauds the local architects' progressive thinking.

"They do quite like a challenge, and they do organize themselves to get on with it in a way that's quite refreshing, " he says. "These projects would have taxed the mind of many a high-end contractor, and in Kazakhstan, they have to address the same problems in a much harder climate."